Navigating the “black swan effect” in business, and how flexibility with leasing space can help

A “black swan” in the business world is an unlikely occurrence that can either screw up your company or make things even better. An unforeseen event that has a major effect on your business, basically altering everything, positively or negatively.

A black swan can change your business so dramatically that the real estate you’re occupying no longer fits the use for why you acquired it in the first place. This can be good or bad.

A bad example: You operate a daycare center, and you see a halfway house for recently released criminals open up across the street.

A good example: Three years into a 10-year lease, your company is expanding so fast that you realize you’ve outgrown your current office and need more space.

Think of the September 11 attacks and the effect it had on folks. Goldman Sachs moved from the Sears Tower to Hyatt Center, from high floors at the Sears to the lowest floor with no views at the Hyatt. They wanted their staff to be safe. Now fast-forward 17 years and they are considering a relocation, and my guess is it won’t be to the lower floors of wherever their next Chicago headquarters will be.

For me, this idea for the need for flexibility for when a black swan rears its head started years ago.

Exxon, back in 1984, went into a business that was out of their element: electronic office systems. The head of their real estate division came to me to help them secure locations but was not convinced it was a long-term thing for them and ordered me to negotiate only with buildings that allowed them to terminate the lease — whatever the cost may be — if needed. I thought this concept would be impossible to negotiate, but as it turns out, every lease we negotiated ended up with an annual termination option, all at different prices.

When the new project failed, that was Exxon’s black swan occurrence for this venture. Fortunately for them, they went into it with an open mind, realizing if they’re not going to make any money in it, they could pull the plug. They knew they were making a ton of money in the oil business, so they wanted increased real estate flexibility for this new business idea. And when it was time to cut the cord, they were able to get out of their leases fairly easily.

I also remember, at 150 N. Michigan, which is now the Crain Communications Building, negotiating a lease with a very large financial firm to be the anchor tenant when the building was completed. This firm had a parent company in Texas, and they knew there was always an outside chance they’ll want the Chicago people to come back to Texas. So I negotiated a termination clause for the space to cover them in case they moved out of Illinois. Lo and behold, a bit later, they were called back to Texas, and there was obvious relief when they were able to seamlessly cancel that lease and not have it impact them over the long haul.

Ideally, the best lease is a one-year lease with 99 one-year options. Assuming this is impossible to negotiate, what’s the next best thing for you and your business? I might even advise paying more rent than 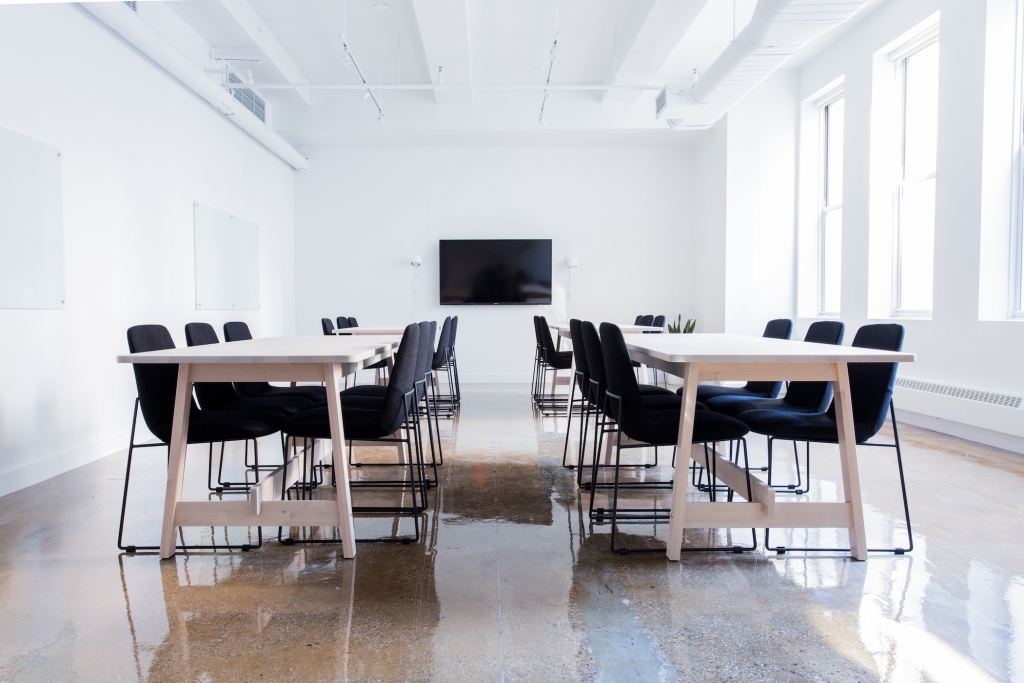 the landlord asks for in order to get certain options that allow for greater flexibility. Because isn’t flexibility one of the most important issues in creating a business and real estate plan?

Now let’s talk about the costs for flexibility; say your company takes a 10-year office lease with the option to cancel after five years. The penalty to bail includes all the unamortized costs included in the deal (i.e. construction, concessions, commissions, etc.). At Howard Ecker & Co., we differ from virtually all our competitors, as our fees are only paid up until the time the option we negotiated is exercised. If that option is not exercised, we then receive additional remuneration.

A major part of most penalties to terminate is the commission. Working with Howard Ecker & Co., this is not a worry, as it is not included in the penalty. We only bill our commission for the five years, not the 10. You don’t have to worry about the commission for beyond what you’ve cancelled, which is a very large part of any deal typically. And to our knowledge, we are the only company that does that.

In my opinion, newer companies are quite volatile in their early years and, as a result, flexibility, particularly in regard to their lease, becomes imperative because there is a greater likelihood of a black swan occurrence early on.

Many office tenant representatives don’t properly understand the need for flexibility that can help companies adapt more easily to a black swan event. Wouldn’t you rather work with someone who does?